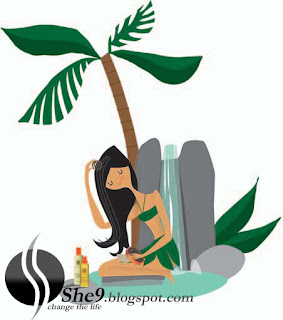 Flat Lackluster haystack-dry hair is one of the most common problems I get asked about. So I was intrigued when a reader wrote to me rhapsodizing about a hair care brand called Ojon, based on rare nut oil only found in the Central American rainforests of and . ‘My hair is very fine and looks quite thin, but using the Ojon Restorative Hair Treatment – a solid that turns into an oil when you warm it in your hands – plus the thickening shampoo and conditioner, has made it look thicker and very shiny. Even my hairdresser remarked what good condition it’s in.


My dry-haired colleague is a great fan too: ‘The best shampoo I’ve ever used,’ she told me. Recently, I met Denis Simioni, the ‘crazy Canadian’ founder of Ojon, who told me about the extraordinary genesis of the range. In 1999, a relative from brought Simioni, who was then heading an advertising agency near , a little jar of brown paste – the ojon oil. ‘It just sat in my bathroom until one hot Saturday, two years later, when the whole family decided to have a hair party and try it. We all had really dry hair, partly due to chemicals in the swimming pool. The results of just one application were instant – and incredible.’ It was the start of an Jones-like quest for Simioni to find the source of ojon oil. Through the internet, he discovered that ojon nuts have been used for more than

500 years by the Miskito Indians (whose nickname, Tawira, translates as ‘the people with beautiful hair’). Simioni flew to ; the town where his original jar had been bought, chartered a single-propeller plane and after a five-hour flight landed on a dirt road in the jungle. A two-hour hike, followed by a five-hour trip alone in a wobbly, hand-carved canoe across a shark-infested lagoon, brought him to one of the Tawira villages. ‘I looked on the bank and saw a little girl in red shorts braiding a boy’s hair and thought, “This has to be it.” ’ About 200 villagers lined up to meet him. ‘They wore their hair up in buns,’ he says, ‘but when I asked about the Tawira name, they unraveled it for me and I saw the most beautiful hair – very long, healthy and hydrated. They’re the only indigenous group in that area that don’t [need to] wear hats. Instead they apply ojon oil daily, from the day a baby’s born – it’s their own intensive treatment.’ (Later, clinical trials showed that one 20-minute application of Ojon Restorative Hair Treatment dramatically improved the condition of dry, damaged hair by 52 per cent; if it’s left on overnight, the figure goes up to 64 per cent.) Over the next few years, Simioni trialed different formulas of ojon oil in and established an enduring relationship with the Tawira and a local non-profit group, Mopawi, dedicated to promoting sustainable development. The nuts are still harvested – and the oil extracted – by hand, each tree giving just four litres of oil a year. It provides a steady source of income for the Tawira families involved, and they’re consulted on everything from product development to marketing. The Ojon corporation, now part of the Estée Lauder empire, also funds initiatives to help protect the environment in and preserve the traditional lifestyle. ‘I truly believe I was chosen to go there and create a business for them.