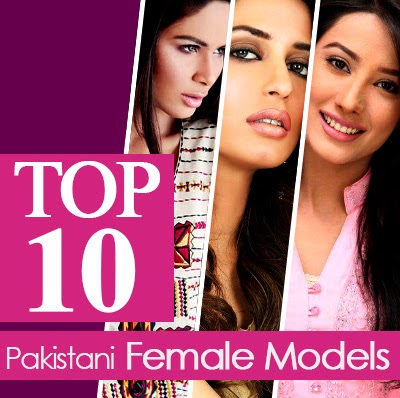 Many girls grow up with dreams to become a fashion model. The glamour and charm of fashion models inspires them. The life of fashion model is full of colors, aromas and media glitz. Her likes and dislikes transcend as wider social phenomenon in the selection of dresses, shoes, jewellery and perfumes. In this way fashion model acts as a conduit for change. Fashion modeling has now become a prosperous career. In recent times Pakistani fashion industry has emerged as a wonderful source of business in the wake of social and economic development. Today we have sorted out a list of top 10 Pakistani female models and going to present the glimpses of their charming life and successful career as female fashion model.

Ayesha Omar is a Pakistani famous model. She has been featured in Elan Lawn, Change Dresses, HSY and several other projects. She is also an actress, singer, and host. She is known for her famous role as Khoobsurat in Bulbulay. Sara in Zindagi Gulzar Hai and Aleena in Dil Apna Aur Preet Parai

As a child of big screen actor Abid Ali, Iman Ali took fashion modeling and acting as a career. She is one of the ever top most female fashion models of Pakistan. Iman Ali is full of energy, talent and creativity and has been described as bold and beautiful fashion model of Pakistan. Her stereotyping acting and modeling abilities recognised her at international modeling platform. Iman Ali has worked with Suneet Varma, Tarun, Manish Malhotra and JJ Valaya. Iman Ali as a brand ambassador of Lux she participated in Lux Style Awards functions consecutively. Iman is also the face of "Luscious Cosmetics", which is a popularly growing cosmetic brand of Pakistan.

Jugan Kazim is a Canadian Palistani fashion model working in Pakistan. She has worked in Canadian fashion and film industry as well. She started her career as fashion model and eventually emerged as a successful TV actor and program host. Internationally, Jugan has marked several successes as she was nominated for MTV Model of the year 2008. Jugan has worked for several Pakistani fashion magazines. Recently her appearance in clothing commercials unveiled her abilities as ramp model as well. 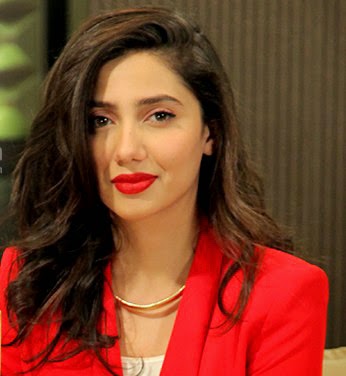 Undoubtedly, Mahira is one the top most gorgeous female fashion models of Pakistan. Mahira Khan is a graduate from University of California. She moved back to Pakistan to join film and fashion industry in her native town. Here she started her career as a programme host and got her name as successful host. Eventually Mahira Khan started fashion modeling and won several TV commercials in the field of clothing and fashion. Mahira’s career performance was her appearance in “Bol”. She acted a role of poor girl of town. Mahira’s success opened new horizons of modeling and TV acting for her. Now she is being considered the cutest fashion model of Pakistan. Currently, Mahira Khan hosting a gorgeous TV show “Tuc The lighter side of life”.

Neha Ahmed is undoubtedly an outstanding fashion model of Pakistan. She has guts and abilities of modeling which distinguishes her. Since last few years, Neha Ahmed is working as TV advertisement model, ramp model and fashion magazine model. Her attractive looks, perfect figure and bold style are her unique abilities which turn her into a successful fashion model. Neha Ahmed has won the best female model of the year award several times. Fashion model cat walked in Paris and Dubai as well and presented the Pakistani Fashion industry.

Sajal Ali stared modeling in her school days and eventually emerged as a talented actress of television industry. Despite her young age, she ranked most talented actress and model of Pakistan. Sajal Ali has done modeling for several fashion and clothing brands and recently she is appearing in Dawood Lawn TVC commercial. She also appeared in several fashion and bridal magazines as a front page model and modeled as bride.

A famous female model of Pakistan fashion industry. Ayyan Ali started her modeling career in 2010 and won the title of “Best Female Emerging”. She has also been nominated two times for the Lux style awards in 2013. Ayyan Ali has been featured in Gul Ahmed, Firdous, Maan Humayun, Ittehad and a lot of other brands.
Please like our Facebook page, follow us on Twitter or add circle on Google+, and leave your comments…! Keep visiting She9 to change your life style.
Share to: